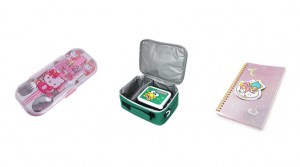 Ah, Sanrio. The company behind Hello Kitty and all those other Japanese kawaii characters. Everyone knows who Hello Kitty is, however I may have had a slightly different experience with Sanrio characters because I spent every summer of my childhood in Hawaii. Hawaii has a very large Japanese population, and Sanrio is a very Japanese phenomenon which became wildly popular among children in America, but especially children in Hawaii. I, like all other children in Hawaii, owned numerous items covered with images of these characters. I remember loving my Keroppi lunch container and taking it to school with me every day, using my Hello Kitty chopsticks and plastic-ware often at dinner, wearing my Pochacco shirt to summer camp, writing in my Little Twin Stars notebook, and drinking out of my Chococat mug. Every drugstore in Hawaii has an entire aisle devoted to Sanrio characters. I remember whenever I would go with my mom to the store, I would spend the entire time walking down the Sanrio aisle and begging my mom to buy me a toy or some new item with a Sanrio character printed on it. There was an entire Sanrio store in every mall and I would visit it with every mall excursion. Even when I got older, I still looked upon the Sanrio characters with a smile because they reminded me of summer and my childhood. 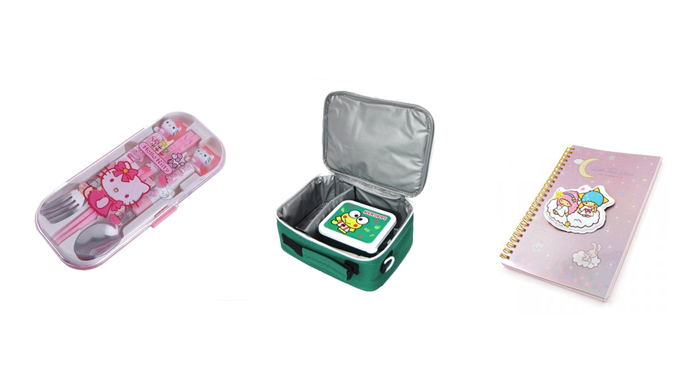 Sanrio products similar to ones I owned in the 90's

According to Sanrio’s website, the company “was founded in 1960’s Japan by Shintaro Tsuji, whose simple dream of bringing smiles to people’s faces, grew into the brand’s ‘small gift, big smile’ philosophy”. An online company history of Sanrio states that the company launched the Hello Kitty character in 1974, originally aimed toward girls too young for barbies or similar toys. This spread beyond the intended age group partially because it tapped into the Japanese ‘kawaii’ trend, the obsession with cuteness. They sell anything from tiny toys, erasers, and candies to big things like suitcases, golf clubs and TVs, all with an image of a character and the brand-name pasted on each item. In 1976 the company set up a base in San Jose CA as a result of growing popularity in the U.S. and set up licensing agreements which brought Sanrio characters into toys included in McDonalds children’s meals. In 1988 Sanrio came out with its first boy character, Keroppi the frog, whose success caused the creation of new gender-neutral characters to bring boys into the market. In the early 90’s, two theme parks were built to keep up with the craze: Puroland and Harmonyland. Sanrio also created TV shows in the 90’s based on Hello Kitty and friends.

I never knew the friendship stories behind the characters, and I never watched the TV shows that accompanied them, but I still loved the characters anyhow. Sanrio characters play into the idea of the PLC, or “program-length commercial” mentioned in the Spinning Out of Control (Gary Cross) reading. Cross says, “These programs were ‘originally conceived as a vehicle from providing product exposure to the child audience’” (295). by providing an extensive story and extra characters around the Hello Kitty trend, the TV series surrounding Sanrio characters served just to market more toys and items with the brand to children. Cross also talks about the problem this causes for parents: “PLCs stacked the deck against parents by manipulating young children into wanting a particular toy while ostensibly entertaining them” (296). The Sanrio characters also show the idea of how toymakers “also shaped little girls’ play around licensed characters and fairytale story lines” (299).  In these characters and storylines, most of the time characters “worked together for the common good and did so in a world largely free of adult authority” (300). The Sanrio characters seem to follow the trend of Strawberry Shortcake, Care Bears, Herself the Elf, and other ‘friendship’ characters of this kind of formula.