“A Friend of Barbie” 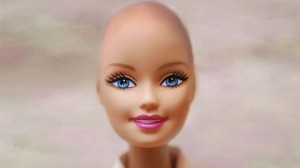 On March 29, 2012, Mattel announced that it will release a bald doll for children who have lost hair due to cancer or other illnesses. However, discussions of this doll are not as recent. Over a year ago, a Facebook movement began, urging Mattel to produce a bald version of their famous blonde Barbie. Since then, the page has received more than 150,000 “likes,” the amount necessary to gain Mattel’s direct attention. The movement began with Jane Bingman, whose daughter has lost hair after undergoing chemotherapy, and Beckie Sypin, who has lost her own hair while going through non-Hodgkin lymphoma, both hoping for a doll that girls experiencing hair loss due to illness could relate to and aid in the coping process hair loss. Sypin says their goal was to get “the message out that being bald is beautiful and is no big deal.  There’s no need to cover up.” Though the doll will be produced, Mattel has informed Bingman and Sypin that they do not accept ideas from outside sources. Mattel reports the doll will not be sold in retail stores for profit. Instead, they will be distributed through hospitals that treat young cancer patients where they can be of most help. These bald dolls will be “a friend of Barbie” and include hats, scarves, wigs, and other hair accessories to provide the “traditional” fashion play experience.

The creation of these new dolls who are designed to appeal to a specific audience that can relate is strongly similar to the studies of Elizabeth Chin in “Ethnically Correct Dolls: Toying with the Race Industry,” in which Chin examines the “ethnically correct” doll and how race and outside appearance is involved. In Chin’s studies, it was shown that, though the girls can play fine with dolls that are not exactly like them, they prefer to play will dolls they can relate to. This is why Natalia and Asia wanted dolls of their same skin tone and would braid the hair of the white dolls to resemble their own hair. Therefore, the production of this bald Barbie by Mattel, based on Chin’s studies, will actually make a more enjoyable playtime for children experiencing hair loss due to illness because they will be able to relate to them through appearance.

Tags: barbie, children, Dolls
From: In the News
No comments yet