Maybe TV Isn’t So Bad After All 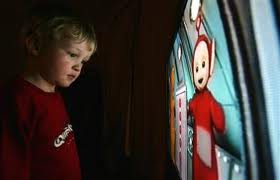 While many parents and child-experts agree that television poses several potentially harmful effects, one economist refuses to buy into the argument. Moreover, this is not just any economist, but rather, it is the highly acclaimed, former economic policy advisor of President Obama, Austan Goolsbee.

In a 2006 article published in Slate Magazine, Goolsbee argues that the studies on the impact of television on children are “seriously flawed”, due to their failure to account for more significant social, economic, and environmental variables. Goolsbee claims that because “kids who watch minimal TV, as a group are from much wealthier families than those who watch hours and hours…the less-TV kids have all sorts of things going for them that have nothing to do with the impact of television.” In defense of this claim, Goolsbee cites the research of his colleagues, Matthew Gentzkow and Jesse Shapiro, who, upon evaluating the 1966 Coleman Report, were unable to find any correlation between poor test-scores and television viewership. In fact, the research suggests that if anything, there was “a small positive uptick in test scores for kids who got to watch more television when they were young.”

This article comes in stark contrast to the opinions that have been voiced throughout television’s history, which although recognizing the potentially beneficial effects of TV, have been largely negative. As Lynn Spigel states in her book Welcome to the Dreamhouse, one of the greatest concerns regarding television was “its dissemination of debased knowledge and its related encouragement of passive minds and bodies” (147)—an argument Goolsbee would dismiss as entirely subjective.

The increasing debates in society today about the failures of our public educational system, as well as socioeconomic factors such as the dramatic increase in single parent families, have also become a large part of the conversation regarding the intellectual development of children, showing that TV is far from the only talking point concerning the welfare of children. In addition, new technologies which have created much more of a reliance on electronic communication have also broadened the discussion beyond the effects of TV to the overall effects of a media and technologically driven society.