Hoop Dreams follows the lives of two inner-city Chicago high school basketball stars trying to make it into the big leagues.  Along the way, they boys are dragged through many different obstacles, but also given extraordinary opportunities when offered the chance to play at St. Joseph’s.  The boys faced both self-created obstacles, and obstacles which were far beyond their spectrum of control throughout their high school lives, and all of these factors affected their chances to make it or break it in the competitive world of basketball.

Both Arthur and William make choices which affect their eventual chances of reaching the NBA or getting drafted into a stellar college basketball program. Be it Arthur’s too low test scores and failing grades, or William’s decision to keep and help raise a baby, the boys are subjected to managing their basketball careers around their self-made challenges, making it overly difficult for themselves.   Arthur was a few points away from eligibility to play at a NCAA four-year school, but his lack of effort held him back from ever getting the chance.  William, on the other hand, had the scores to get his college letters, but continually had to manage his life around his child.  In these ways, the boys had self-inflicted challenges to keep them from their dreams, but they also faced many challenge in which they had no control.

Both boys came from inner city schools with very little family money to pay the cost of an expensive private school education. A father’s drug addiction and unemployment only further worked against the boy’s dream of reaching the NBA and getting recruited at a top-tier basketball college.  Returning to the inner city schools with an inability to keep up with tuition only further deteriorate the chances of reaching their goals.  The financial issue seems to be the most pressing uncontrollable issue against the success of both boys, and regardless of their self-inflicted challenges, the issue of money was always going to hold them back from easily attaining their hoop dreams.

Only Dreams of Agency

The documentary “Hoop Dreams” is a good representation of the extent individuals can exhibit agency within their environment (or the lack thereof). The protagonist’ in the documentary, Arthur and William, start out as having the same goal of some day playing in the National Basketball Association, like their idol Isiah Thomas. When first thinking about this dream, it seems common practice for any kid to want that goal. The difference however, is that Arthur and William have no choice but, to have that dream. The kids live in a poor area of Chicago, where drug dealing is rampant, role models are nearly non-existant, and schools are not up to par. Therefore, while the boys might love basketball and express agency through the choice to play basketball, they also have no other avenue to success which erodes their agency. Education is not an option for them until, they are recruited to St. Johns because of their basketball abilities. St. Johns is an expensive private school however, and since Arthur’s basketball skills were not enough for him to afford a scholarship, he is kicked out of St. Johns forcing him to go back to his old community. Within this community, drugs are a common practice, as was seen when Arthur’s dad was arrested for drug possession as well as his best friend. Arthur did not want to go down this avenue in life and decided to dedicate himself to basketball. While the choice to play basketball instead of dealing drugs was Arthur’s choice, there was no other option for success.

Unlike Arthur, William was good enough at basketball to keep his scholarship to attend St. Johns. This allowed him to express more agency than Arthur, as was seen by him attaining a summer job and networking with individuals. Also, the headmaster at St. Johns seemed to routinely check in on William’s academic progress, as well as his basketball progress, giving him another option in life besides basketball, once high school ended. The foundation of the agency though, was still intertwined with the ability to play basketball. This pressure to not let the foundation collapse, lead to William injuring his knee because of the lack of agency basketball forced him into. Clearly hurt, William knew that without basketball, there was no St. Johns and without St. Johns there was no summer job, networking, or education. Therefore, he had to push through his body’s limitations to the extent of injury. The only time William expressed agency beyond basketball was when he had a child with his girlfriend. This action to have a child though, put even more pressure on William to succeed at basketball, so that he could go to a good college and support his new family.

James chose to depict Arthur’s and William’s lack of agency to bring light to the problem it proposes. In poor inner cities, where education is virtually non-existent, there are no other avenues to success or even expression of self other than the pursuit of dreams in the entertainment industry. The lack of agency people have when they are not given the opportunity of a formal education is astounding and that is why James portrayed it the way he did. The issue is real and should not be twisted into a fairy-tale story. We talked about possible ways to fix this problem within class and the one I propose is enforcing the “Robin Hood” act. The problem is only going to be cyclical as education is funded through property taxes and, therefore, the wealthier neighborhoods will always be at an advantage. With the “Robin Hood” act, the money is better distributed. When a high school has a $10 million football stadium and pays their football coach $100,000+ a year, while other schools do not even have buses or books, there is a problem. 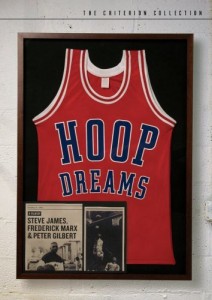 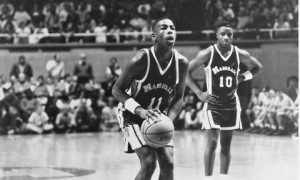