Goodbye Bear (In the News)

The Associated Press report in their creatively titled article “Berenstain Bears Co-creator Jan Berenstain Dies” that Jan Berenstain, one of the creators (the other was her husband Stan) of the beloved Berenstain Bear book series has passed away. On Thursday Feb.23, Berenstain suffered from a severe stroke which ultimately resulted in her death, at the age of 88, on Friday.

Selling over 260 million copies from it’s start in 1962, the Berenstain Bear book collection was often applauded for educating, and soothing, children on common childhood concerns “like dentist visits, peer pressure, a new sibling or summer camp.” Prior to this series, however, the couple made quite the lucrative living by participating in another popular children’s medium, comics. The Berenstain couple was well known for their children targeted comic, “All in the Family”, which ran in magazines such as Good Housekeeping and McCall’s.

Mike and Leo Berenstain had recently collaborated on a few books with their mother that also tackled the modern issues of “online safety and childhood obesity” and furthermore reenforce their mother’s lifetime of making children happy through her own love of writing. Because of his mother’s desire to continue this type of entertainment for children, Mike also says he will maintain his illustrative an writer’s position with Berenstain books.

This connects so closely with not only our continuing theme of whether or not different popular mediums are successful at teaching kids educational tools as well as moral values conducive to Western culture, but it also lets the reader know just how influential the comic book industry was. It provides a stark contrast to what critics of comic books maintained about the lack of moral content in this type of reading. It has also now been picked up by PBS as an educational show for children of younger ages. 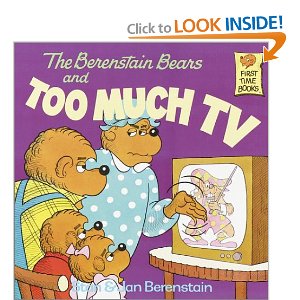 Tags: Childhood, COMICS, moral panic
From: Other
No comments yet