Are Celebrities Parenting Our Children? 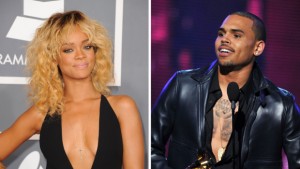 Most often, when we hear people criticizing the entertainment world, they are usually accusing celebrities or certain TV shows for not “setting a good example” or being a negative influence in children’s lives. However, in an article I found on Huffington Post, Chidubem Nwabufo claims that the fault really lies with the parents. The writer wrote the article in response to all of the media attention centered on the controversial Chris Brown and Rihanna relationship. Apparently, there have been many Facebook and Twitter posts commenting on their new song together that have all been along the lines of, “What kind of message is this supposed to send to our children?” Nwabufo argues that the problem is not the example that the celebrities are setting, but rather, the problem is that the parents are now relying so heavily on letting celebrities set the example for their children in the first place.

I found it extremely interesting to find an article written from this point of view. Most of the articles we have read and discussed in class have been a critique of the entertainment world and the effects it has on American children. Nwabufo claims that the celebrities are just doing their job, and it is the parents’ jobs (not the celebrities’) to teach their children right from wrong. In response to the writer’s claims, I would argue that he is correct when he says that it is a parent’s job to teach their children what is or is not appropriate, but, nevertheless, the children are always going to idolize Hollywood stars no matter what their parents try to tell them. I don’t believe parents are relying on celebrities at all to set a good example, but there is no way to ignore the fact these stars ARE influencing the youth of America. In a perfect world, parents would do such a great job of teaching their children right from wrong that the children would know who is an appropriate role model.

Tags: Celebrities, children, Parenting
From: In the News
No comments yet