Barbie When I was Younger 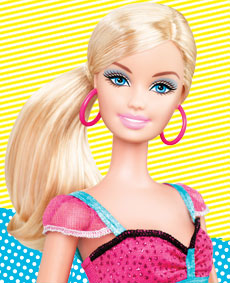 When I was younger I played with Barbie Dolls. I had the Barbie Dreamhouse, Ken, I had a lot of things pertaining to Barbie. Barbie was created by the American Business woman Ruth Handler. Both her and her husband, Elliot handler, and his business partner, Harold Matson, created the toy company “Mattel”. The Barbie Doll brand was created March 1959. Barbie had a bit of a slow start but is now one of the most sought after toys of children. Barbie Dolls were made so that young girls could play with them. We were able to dress them up however we wanted. There were and are a lot of accessories that go along with Barbie Dolls. They were made so that you would go out and get the doll as well as the many accessories that came along with them. Me as a child I enjoyed dressing up my dolls in all of the different clothes and playing with the dream car as well as the dreamhouse. Barbie Dolls as well as their accessories are anywhere between $14.49-$129.99 depending on what item you get. When we did the readings in class on the child archive museum, our article talked about the types of toys that were being played with by both genders. When discussing girl toys, it talked about how the toy played a part in explaining our gender roles. Little girls played with these toys and it taught them how to be young ladies. It taught them how to dress, cook, and clean. These toys taught and does teach us our roles in society.

Tags: Dolls
From: Archive of Childhood
No comments yet