Lou Vs. the Lorax

Lou Dobbs Attacks Dr. Suess For ‘Indoctrinating’ Children
In this recent installment of the popular Fox News segment “The Unmentionables”, pundit Lou Dobbs attempts to convince viewers that Hollywood-produced children’s movies of recent times, specifically The Secret World of Arietty (based on the British, mid-century children’s novel The Borrowers by Mary Norton)and The Lorax (based on the picture book by Dr. Seuss), are rife with “liberal media bias”. Dobbs makes the argument that The Secret World of Arietty, whose story revolves around a miniature family scavenging the leftovers of full-sized “human beans” to create and sustain a secret world within our world, implicitly supports a sort of communistic mentality of involuntary wealth redistribution. He even draws a direct correlation between the animated film and the Occupy Wall Street movement, which he seems to view as an insidious coalition, though the protests associated with Occupy have largely pushed broader contemporary issues of governmental corruption in lieu of any well-defined agenda. Dobbs goes on to criticize the second children’s film, The Lorax, for extolling the virtues of environmental awareness in the attitude that this message is anti-business and thus counter-conservative.
END_OF_DOCUMENT_TOKEN_TO_BE_REPLACED 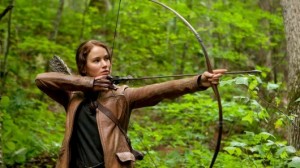