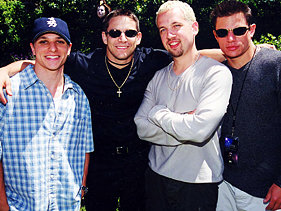 Tags: boy band, Imagination, justin beiber
From: In the News
No comments yet