by wheeping raccoon in a rainstorm on February 12, 2012 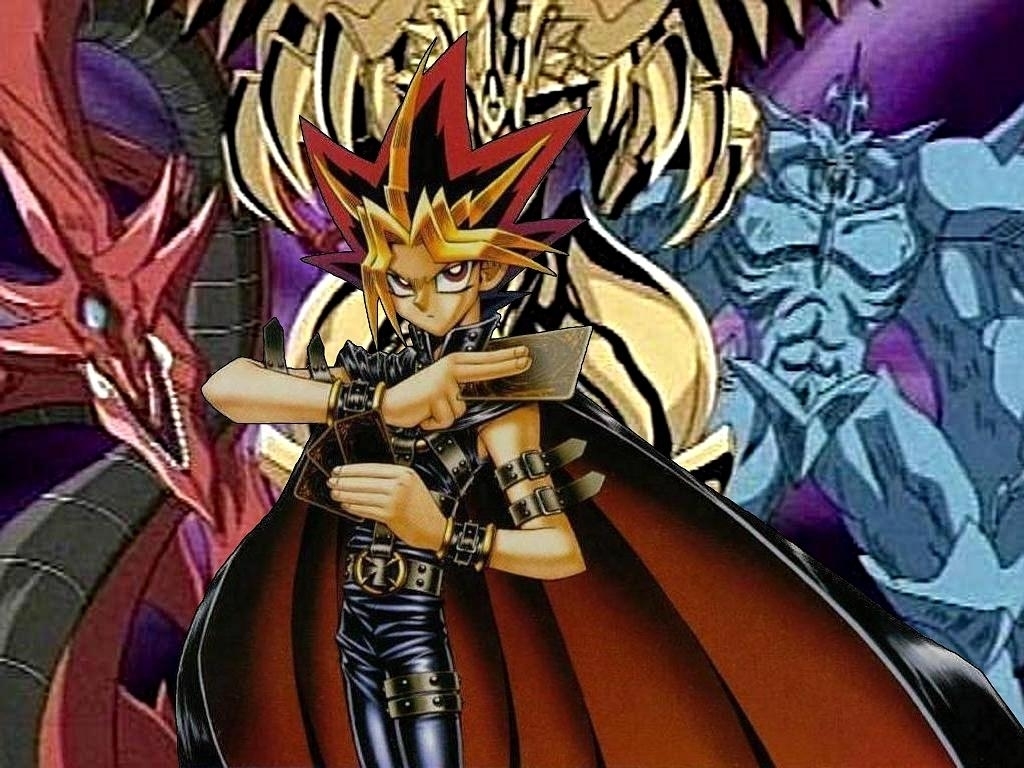 Growing up as the only child in my house from age 10 onward, I had a good amount of alone time and as a result had the privilege of exercising my active imagination. I would spend hours combobulating elaborate adventures for my action figures and was gravitated to fantasy worlds portraying heros that would fight evil to save their friends. “Yugioh” (a graphic novel in Japan before expanding to other forms of media here in the United States in 2002), allowed children this opportunity to project themselves as a hero, just as Jerry Siegal “saw Superman as a kind of projection of his own self-image or his own fantasies about himself” (Hajdu, pg. 30). The plot of “Yugioh” was one in which the protagonist, a young boy named Yugi, played a card game known as “Duel Monsters” to save the world and become “the King of Games”. You can probably decipher from that what the next step was for an entrepreneur looking to capitalize.  Any possible “Yugioh” memorabilia you could imagine you could obtain; from blankets, movies, and video games to lunch-boxes, toothbrushes, and whitey-tighties. This economic demand for all that was “Yugioh” highly inflated prices, allowing for some of the rarest trading cards to sell for hundreds of dollars (http://most-expensive.net/yugioh-cards). With great hype though, especially around products targeted to children, comes controversy. At my school the cards were eventually banned as it reportedly caused kids to partake in stealing and other violent acts. I can even recall a story in the national news reporting that a child killed their parents because the parents would not buy them more “Yugioh” cards. I do not intend to trivialize murder but, it seems ironic looking back upon that story after reading about similar happenings during the “Ten-Cent Plague” in which the mother of a boy who killed himself “told authorities that the boy was an incessant reader of comic books and was re-enacting a scene from one of them” (Hajdu, pg. 88). It is eery how history tends to repeat itself. I believe though, parents are quick to blame the media for any acting out that occurs because there is no way their kid is the rotten egg. For the most part, parents do not really understand the new fads that are taking place among children. Just as we determined in class that comic books did not depict gruesome violence page among page, but were rather stigmatized, “Yugioh” cards became the same. Yes, you did compete with “monsters” and “spells” in an effort to lower your opponents “life points” to zero, but the game was more strategy than anything. It took hours to establish my deck that could counteract every possible scenario so that I could win. Also, rather than playing alone in my room it allowed me to meet a different niche of people and expand my friends outside of just sports. Besides that, “Yugioh” was just downright cool. The show possibly has the best theme song for any cartoon ever. Take a look below!